May 9th, 2017 saw Chuldow Martial Arts host a seminar with a true legend of the Martial Arts, Mr Bill ‘Superfoot’ Wallace. It proved to be a fantastic event and once again the only thing faster than Mr Wallace’s left foot is his irrepressible wit. Undefeated in a fifteen year career Mr Wallace earned the name ‘Superfoot’ due his amazing ability with his famous left leg, once clocked in excess of 60mph. A rare talent in fighters Mr Wallace has a great ability to understand the reasons for his successes and convey that to his students. This seminar was no exception and everyone in attendance went home with a smile and a lot to think about. 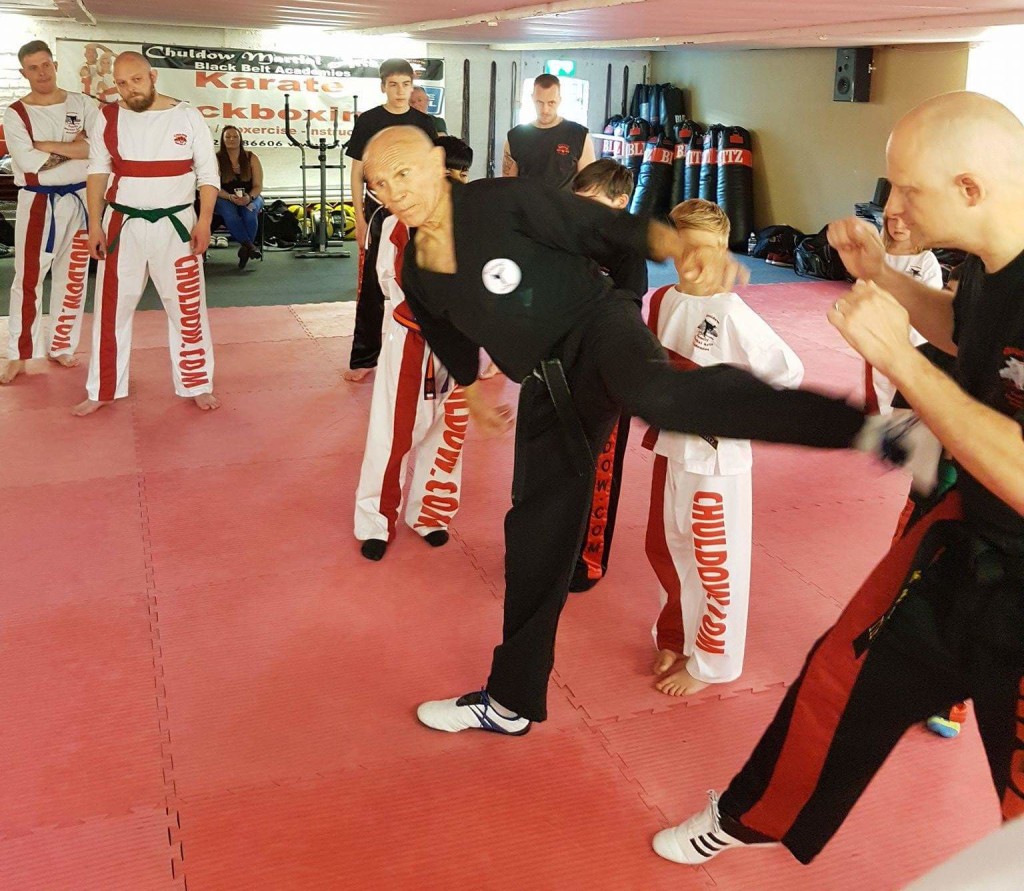 If it wasn’t already a special night we were pleased to have Taekwon-Do Grandmaster P. Liversidge IX Degree as our guest and during the event Mr Wallace took time out to present our own legend, Mrs Sarah Hauer, with the certificate for her induction into the MAI Martial Arts Hall of Fame along with MAI Editor Mr Bob Sykes. It was certainly an eventful evening!

Sadly this will be Mr Wallace’s last grand tour but for those who attended it was a great pleasure and honour to be a part of it.

Find out more or adjust your settings.

This website uses cookies so that we can provide you with the best user experience possible. Cookie information is stored in your browser and performs functions such as recognising you when you return to our website and helping our team to understand which sections of the website you find most interesting and useful.

Strictly Necessary Cookie should be enabled at all times so that we can save your preferences for cookie settings.

If you disable this cookie, we will not be able to save your preferences. This means that every time you visit this website you will need to enable or disable cookies again.

This website uses Google Analytics to collect anonymous information such as the number of visitors to the site, and the most popular pages.